Finca Montefrio: a farm with all organic...

History of the olive tree and the production of olive oil

The Mediterranean, cradle of olive oil

Wild olive groves were present in 60,000 BC in the western part of the Mediterranean basin and in the Middle East. The wild olive or oleaster grew unaided across almost the entire Mediterranean.
With regards to the cultivation of the olive tree in North Africa, historians agree that, since ancient times, the Berbers grafted oleaster trees long before the arrival of the Romans and the development of olive plantations by the Carthaginians.1 It is also possible that the Berber name 'Oleaster' is the origin of the Greek word ἐλαία [elaia] and the Latin olea used by the Romans.2 Under this hypothesis, we could consider that it was the Berbers who were the first to name and cultivate the olive tree in its wild form in the middle of the 4th century BC.

The North African climate is particularly suited to the cultivation of olive trees and the Romans understood this well. They strove to expand this type of farming, as is shown by the numerous ruins of old oil presses and mills still present in this region and in other regions where olive trees are completely absent today.
Under Greek and Roman rule, olive cultivation intensified in North Africa and throughout the Western Mediterranean. These civilisations possessed knowledge of the agronomic techniques, the production, storage and the marketing of oil. The olive oil trade flourished - proof of which is found in the many oil amphoras discovered in the wrecks of merchant ships sunk in the Mediterranean. Olives and their oil were the engine of growth for the maritime trade in the Mediterranean basin.

Map of the distribution of mills and oil presses in Roman Africa. Source: https://journals.openedition.org/encyclopedieberbere/1613 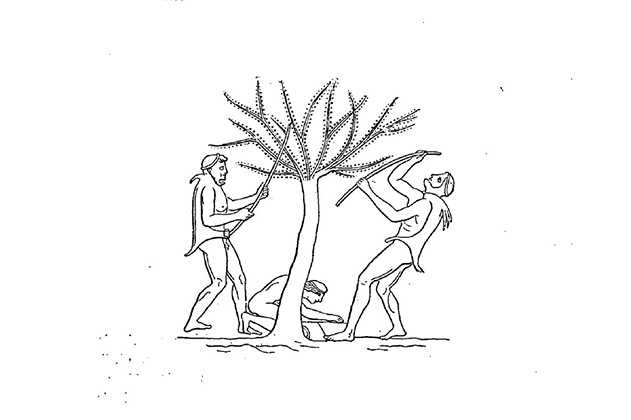 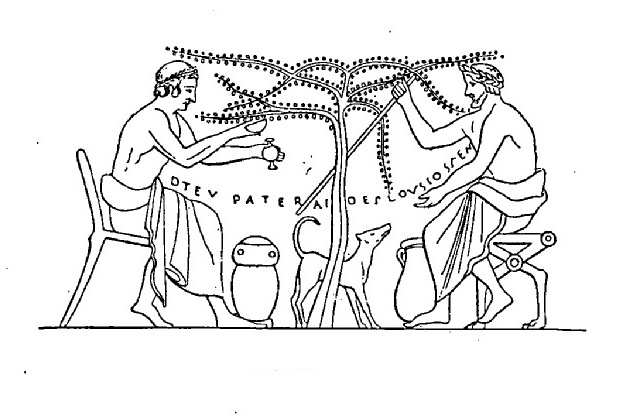 The olive, a legendary tree

The Egyptians were among the first to use olive tree products in their daily lives but also in their rituals (for oil lamps in the temples or during funeral rites for example).
In all the Mediterranean polytheistic and monotheistic religions, we find this tree seen as a gift from the Gods. In general, the civilisations of the Mediterranean basin saw the olive tree as sacred. And since ancient times, olive oil has symbolised strength and light.
Attributed to Isis then Athena, the olive tree became the symbol of the city of Athens, having been created by Zeus' daughter. The goddess produced this tree, capable of feeding and healing for men.
In Christian legends and in the Bible, the olive tree is one of the trees that appears the most frequently: it is an olive branch in the beak of a dove that shows Noah that the Flood is over and that the first tree to have grown is an olive tree3. In the Book of Judges4, the olive tree refuses the title of king of trees. Mentioned seven times in the Quran, it is described as "a blessed tree (...) whose oil would almost glow forth (of itself), though no fire touched it"5. 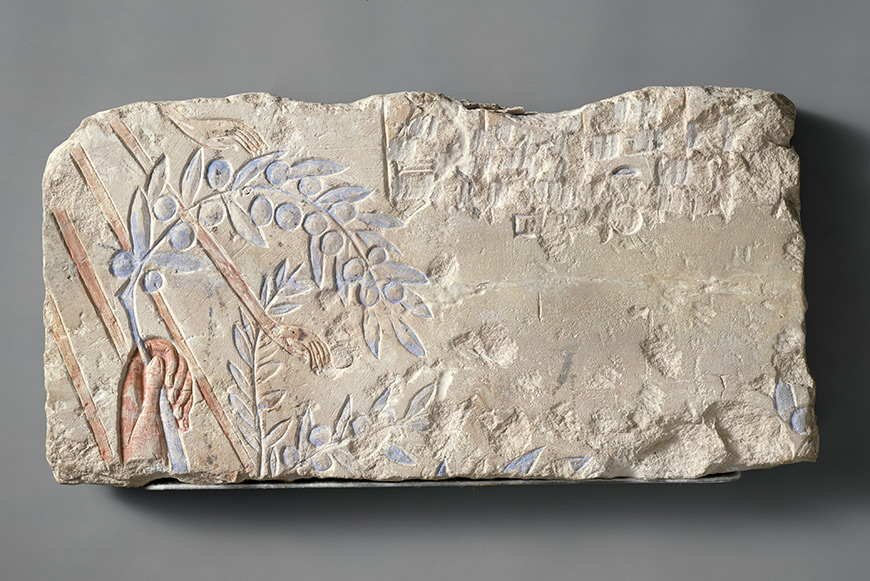 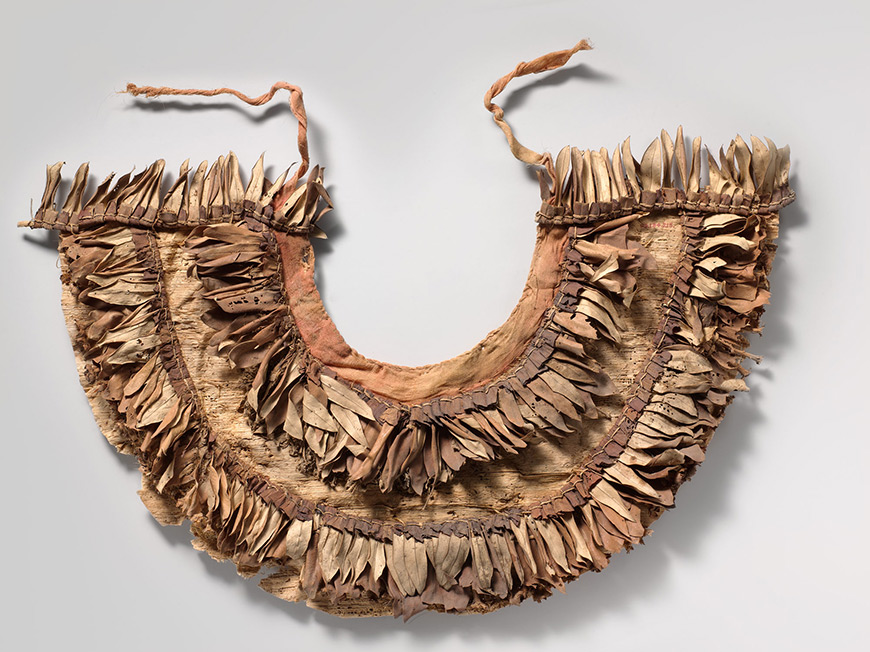 The decline until Al-Andalus

After the fall of the Roman Empire, the few sources available indicate that olive cultivation continued throughout Italy, south-eastern France and the southern Iberian Peninsula.
Planting of this crop and the production of its oil were mainly carried out for self-consumption; their main purpose was to provide sustenance.
During the Middle Ages, the growth of olive cultivation and the production of olive oil in the western and Christian parts of the Mediterranean appear to be rather small, even in decline. Some historians put forward the thesis that this was due to a reduced presence of fat in the medieval diet, as the cookbooks of the time also attest. In northern Europe, for example, products based on cow's milk, butter or other animal fats were preferred to olive oil (which was more expensive).
At this time, however, olive oil was used for lighting homes, churches, for bodily care, the development of soaps and medicinal potions. In Spain, mention is made of the medicinal uses of olive oil in literature: for example in the medical works of Averroes, who recommended the addition of olive oil in culinary preparations.
In the Iberian peninsula, it is necessary to distinguish the territories under Christian rule from those under Muslim rule, which concentrated most of the olive groves to the Almohad and Almoravid periods. The production and consumption of olive oil in the Iberian Peninsula were directly related to the Arab presence in the region. Due to animal fats being restricted within Arab religious culture, the consumption of fats of vegetable origin, such as olive oil was favored.
Advances in agriculture were notable and many agricultural and olive cultivation treaties were written. The techniques used in the kingdom of Al-Andalus are similar to those already used by the Romans and which are still practiced today in Andalusia, Extremadura or in North Africa. It was also in the Middle Ages that trade routes were created between the olive groves in North Africa and Marseille.

The return of the olive in the 19th century

During the period of the great geographical discoveries and the maritime expansion of Spain and Portugal (especially in the 15th and 16th centuries), olive trees were introduced into these new territories in the Americas (Mexico, Peru, Argentina, etc.).
However, there were periods of truly low demand during which time the exploitation of the olive tree and the consumption of its oil were put on hold. Consumption habits were changing and the impact of weather phenomena, such as frost, for the growth of olive trees, cannot be ignored.
In the 19th century, however, there was a renewed interest in olive oil. Its usage was developing, especially in the south of France, promoting economic growth across the entire region: the Marseille soap had reached its peak. But at the end of the 19th century, olive oil, the main component of the traditional soap recipe, was replaced by seed oils (sunflower, peanut...). This substitution by other vegetable oils then becomes common in the diet in general.
It was not until the middle of the 20th century that studies on the properties of olives helped to boost, the consumption of oil for food purposes, particularly in Europe. Its benefits for health and its cosmetic virtues were emphasised.

The global production and consumption of olive oils and table olives

The olive tree is a mythical symbol and an integral part of the history and culture of the various Mediterranean civilisations and peoples. Over the centuries, man has managed to domesticate it and extract its treasures. Already present in the ancient Mediterranean world, olive oil is still in our kitchens and on our tables, as well as in our cosmetics. In Greece, Italy or Spain, for example, olive tree cultivation has left its mark on the country's nature and culture. The ancient olive trees are now inseparable elements of the Mediterranean landscape and there is an ancestral relationship between these trees, the men who grow them and the liquid gold they produce. More : the tree and its fruit

3 Genesis 8, 6-11
After forty days Noah opened a window he had made in the ark and sent out a raven, and it kept flying back and forth until the water had dried up from the earth. Then he sent out a dove to see if the water had receded from the surface of the ground. But the dove could find nowhere to perch because there was water over all the surface of the earth; so it returned to Noah in the ark. He reached out his hand and took the dove and brought it back to himself in the ark. He waited seven more days and again sent out the dove from the ark. When the dove returned to him in the evening, there in its beak was a freshly plucked olive leaf! Then Noah knew that the water had receded from the earth.