One of the main markets on the island of Tenerife is located in the capital city of Santa Cruz. Founded in 1943, it is today a remarkable place to buy local edible products from the 7 Canary Islands.

Located on two levels with relatively easy access from the city centre, it is also a popular meeting place for the island's inhabitants.

In the basement is the fish market, modest in size, but with a good variety of Atlantic fish, including some species that can be found mainly on Canary Islands stalls: viejas (parrot fish), palometa roja (pink sea bream), cherne (Cernier, a type of Grouper fish)... 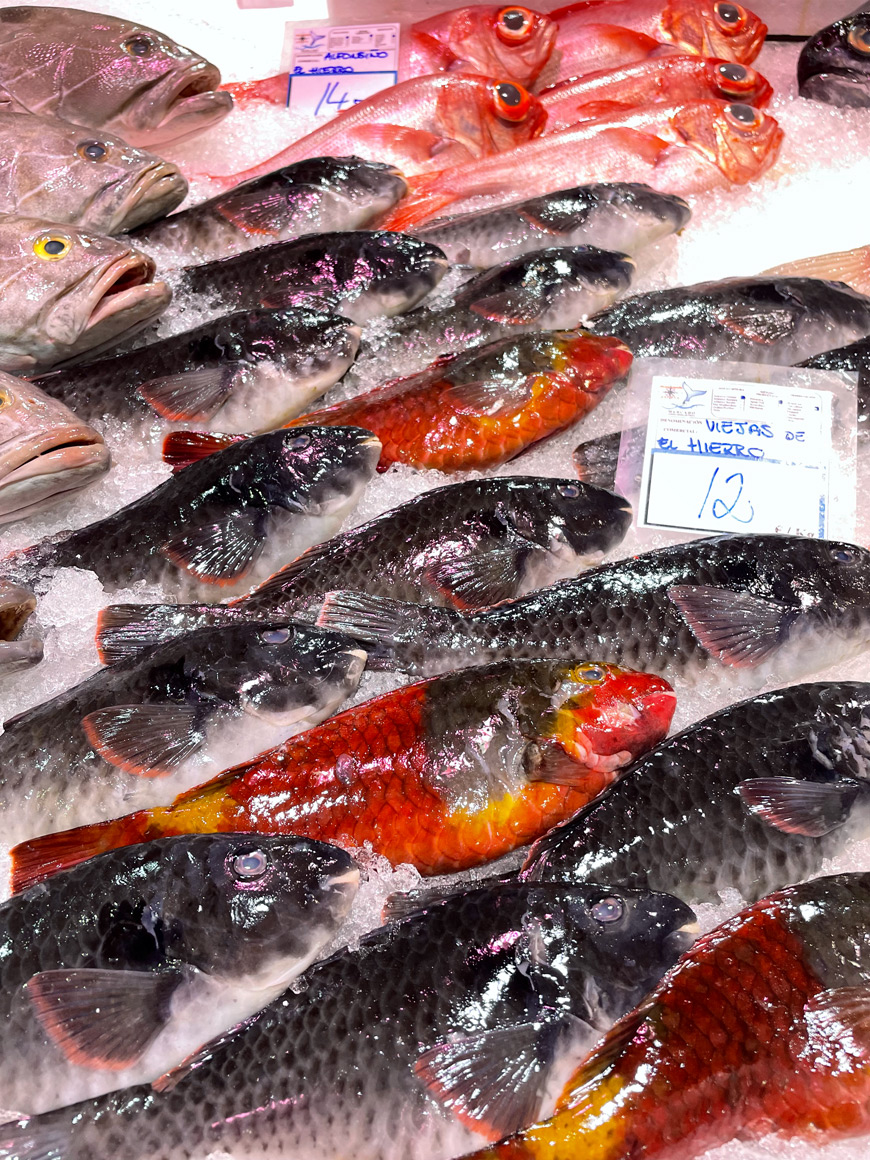 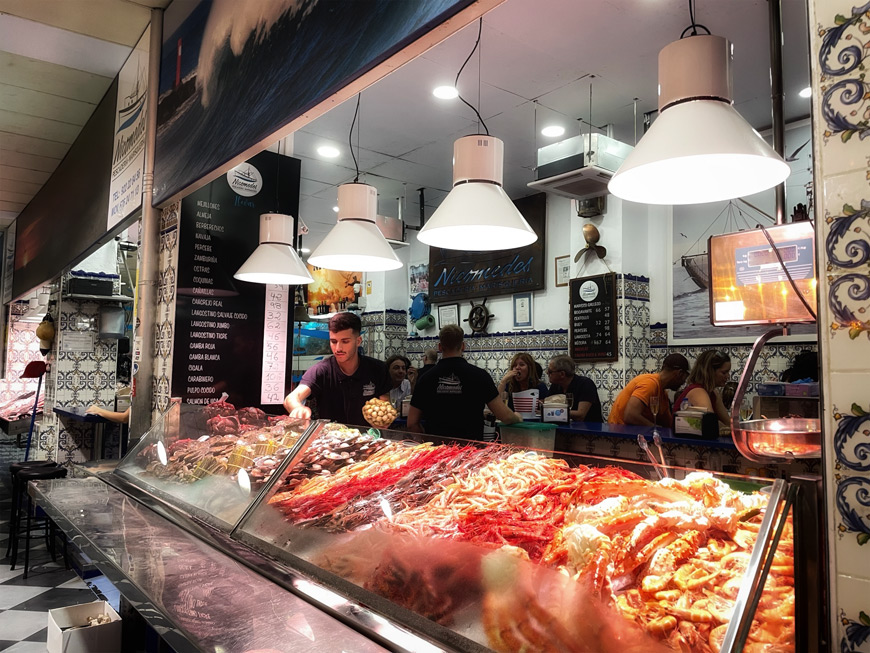 I strongly recommend that you try it on the spot, as there are several places where you can sit down and enjoy these impressive seafood products, accompanied by Canarian white wine: Agala 1318, a Viñatigo or a malvesia from Lanzarote.

Wide choice of fruit and vegetables

On the first floor are the greengrocers, who sell fruit and vegetables. As the Canaries are well endowed with agricultural land, many local products are offered to consumers, two of which stand out in particular: "platanos", bananas produced in the north of the island, and "papas" potatoes, which are a must-try. You have to taste the "papas arrugadas" with the famous "mojo picon" sauce, composed of olive oil, garlic, peppers (preferably local), cumin, paprika, vinegar and salt. Many of the Spanish islands' culinary preparations use olive oil, and it is possible to find good AOVEs, mostly made from arbequina, hojiblanca and picual olives. 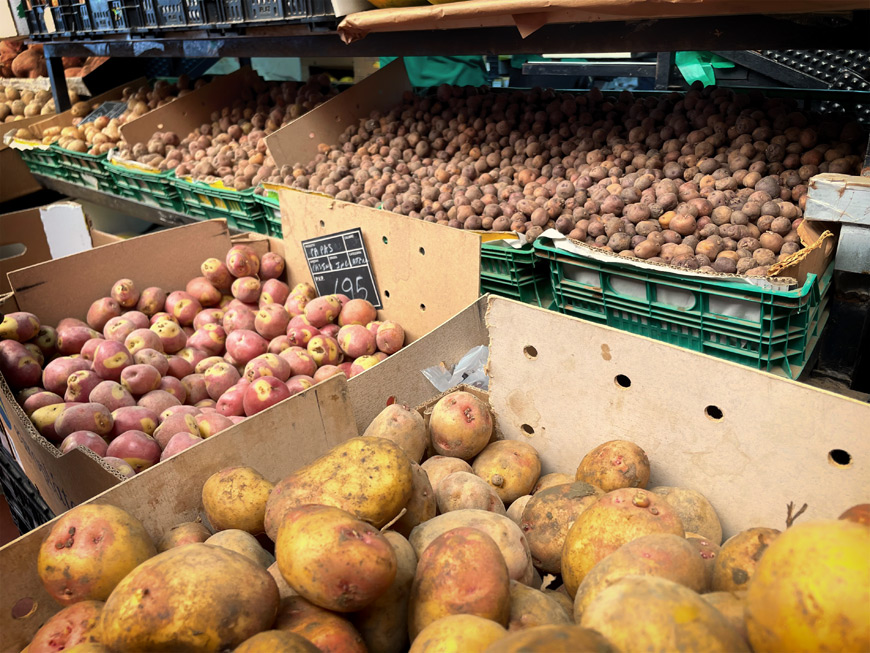 Although also from the Iberian Peninsula, a significant amount of products comes from the Canary Islands, you will be surprised to see mangoes, avocados, guavas, pineapples as well as rare fruits like the pitaya or dragon fruit.

Butchers and charcutiers are also located on the upper floor. Although you can see some livestock on the island, I didn't see an exceptional piece of meat, but nice cuts and presentations, and above all very professional butchers who listen to their customers.
Of course, we had the opportunity to see Serrano ham and Iberian ham, including a few brands we didn't know. A stand (this time on the lower floor) allows you to do tastings, which is a very interesting break in the middle of all this activity. 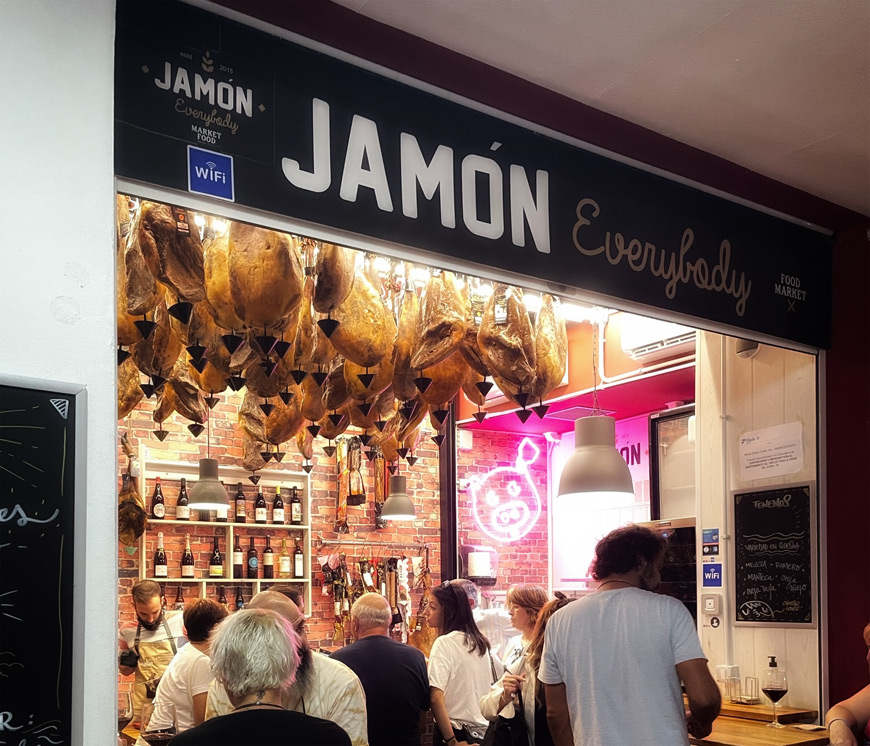 Finally, indulge yourself with the many cheeses of the Canaries: soft, hard, cow's, goat's, sheep's, mix of milks, I was enchanted by such a variety. And above all, I recommend you to try the local speciality: Almogrote (an aromatic goat cheese cream, quite strong, with a spicy taste), with a pistachio variation (the green one)! Thrill seekers will particularly appreciate the slight taste of garlic...

A stand of cheeses only "made in France" is also located on the first level.
It has to be pointed out that we were enchanted by an artisan ice cream maker that offers a dozen flavours, some of which are quite original, such as mango/pineapple or white chocolate/cherry. Home-made ice creams: Il gelato del mercado, yield to the temptation of a dash of sweetness.

Outside, along Calle de José Manuel Guimerá, less exciting in my opinion, are also the clothes shops, you will appreciate if you are a fan of "made in china".
On the other hand, if you are still hungry and thirsty, many bars and small restaurants are ready to welcome you at the exit of the market. It's difficult to get a table in this place, but be patient, and once seated appreciate the kindness of the Canarians. Moreover, the constant temperature all year round (around 20-25 degrees) invites you to rest and relax. 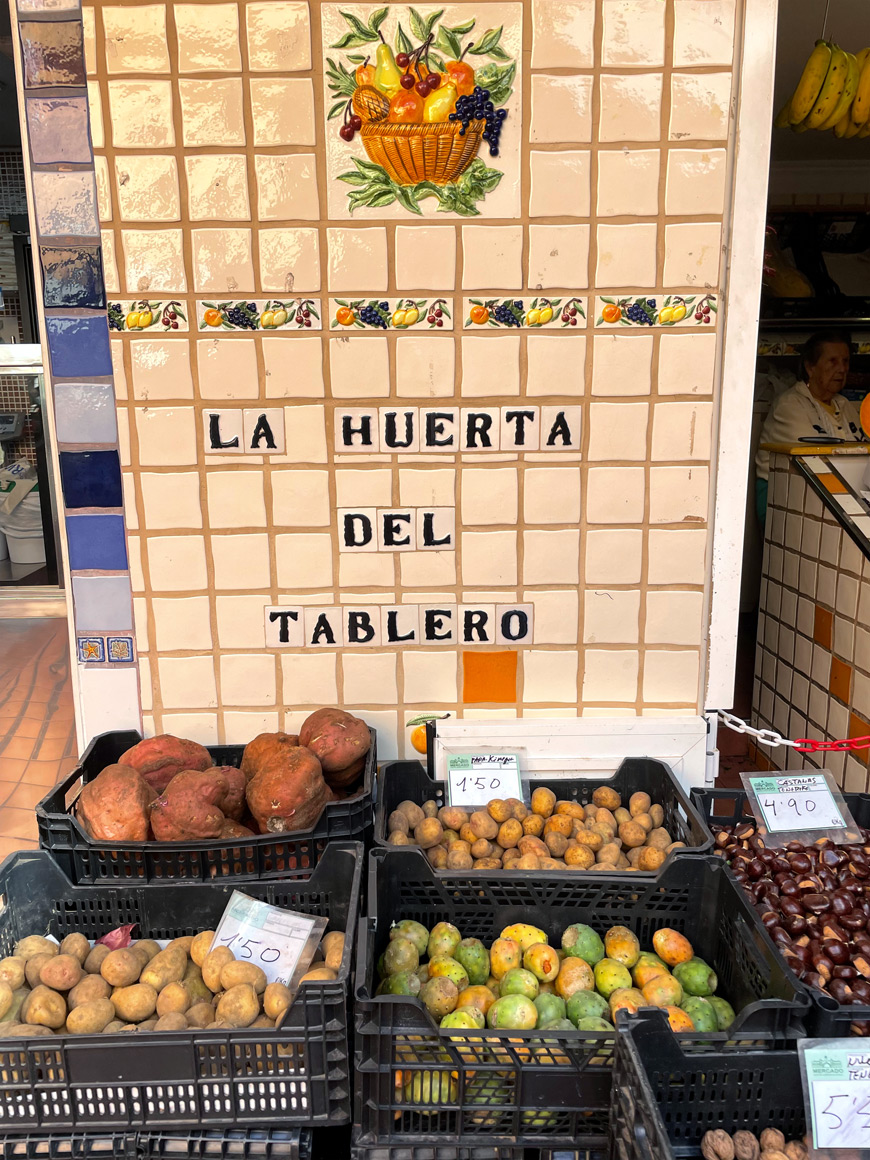 To conclude, I would like to emphasize the tranquility that this market inspires. Of course, some stalls are noisier than others (greengrocers and fishmongers), but despite the crowd (you sometimes have to queue for several minutes to be served), there is a relaxed and family atmosphere with very cordial exchanges between the consumers (mainly locals) and the shopkeepers.