100% Iberian breed loin, black label. Iberian acorn loin is made from a special cut from the pig. Before being stuffed into its casing, the meat is seasoned. This product, approximately 50cm long, is eaten in thin slices.

The good choice
DELIVERY
Delivery times: 4 to 7 days.
IBERIAN QUALITY
All the products has been tasted and selected after a tasting session with the producer.
PURCHASE AND PAYMENT
We accept credit card payments with Visa, MasterCard, PayPal or bank transfer.
Description

The loin, also called "caña de lomo" is the most sought-after part of the Iberian pig, after the ham. It is seasoned and allowed to cure for about three months. Eíriz, a family business that makes all their products by hand, pays special attention to the manufacturing of these pieces of meat.

This meat comes from 100% Iberian pigs, fed with acorns of holm oaks and cork oaks. This is known as Pata Negra.

This product was awarded with several distinctions such as the gold medal at the international meat contest IFFA fair in 2013 or Three stars at the prestigious Great Taste Awards 2020 in London, raising it to the higher level of gastronomic excellence. The jury described the Eíriz Iberian caña de lomo as "a genuine product, with an incomparable taste and texture and with a cure that has followed a traditional process giving it that intense flavor on the palate".

Store in a cool, dry place. To eat loin sausage, cut into fine slices and serve at room temperature. 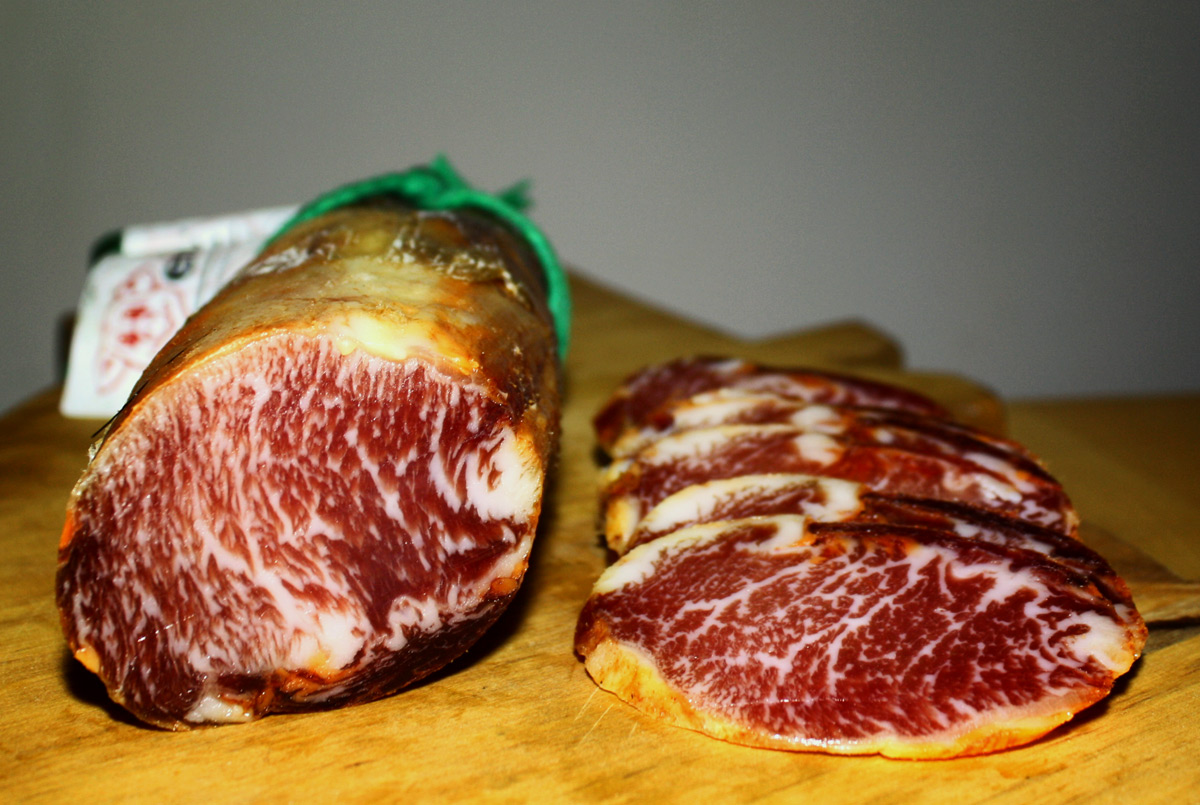 €15.00
(1)
Iberian morcón is made with Iberian acorn-fed pork in a similar way to chorizo. Little known outside Spain and eaten mainly during the Christmas and New Year holidays, it looks like a fat chorizo.
View more

€16.00
Iberian acorn ham on the bone. Slices of ham from Jabugo. Aged in cellars in the town of Corteconcepción for at least 36 months.
View more

€17.00
(3)
Iberian acorn ham. Black label DO. Slices of ham from Jabugo. Aged in cellars in the town of Corteconcepción for at least 36 months.
View more

€21.00
(3)
The Lomito Ibérico de Bellota is a product made with prey pork and this meat is flavored before being stuffed into casings. It is approximately 20 cm, once finish its curing time. It is tasted in thin slices.