The "dehesa" is the Iberian pigs' natural habitat. It is a pasture area composed mainly of cork and holm oaks, where it begins to rout when its weight reaches approximately 80-100 kilos. During this period, the acorn forms the basis of their food and gives the unique flavour to Pata Negra hams.

The composition of the acorn varies considerably from one oak to another and depends on the time of year. However, the seeds of the holm oak are generally considered to be the sweetest.
In Andalusia, the dehesa covers around 1.2 million hectares, mainly distributed along the Sierra Morena, and to a lesser extent the Sierra de Cádiz and the Sierra de Málaga.

Some information about the dehesa

The holm oak is a species of tree that retains its leaves for 3 to 4 years on average. It flowers between April and May and produces fruits in the months of October and November. 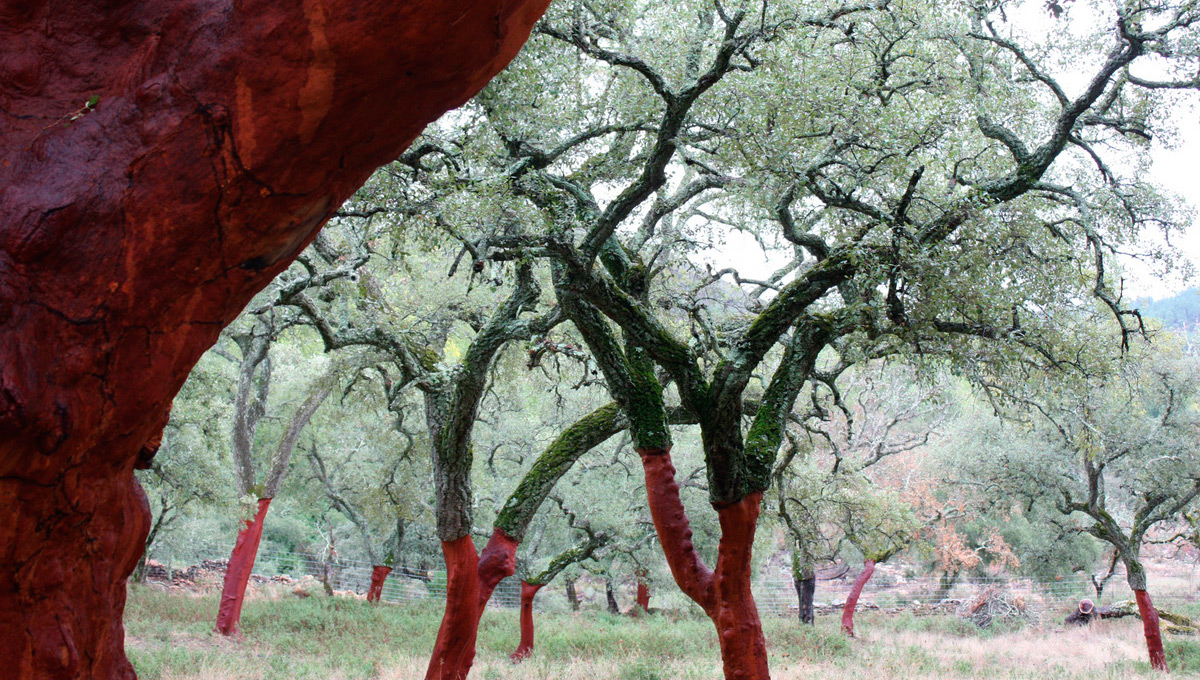 The cork oak, whose acorns mature between September and February.

The "montanera" is the period during which the pig is fed mostly acorns found in the dehesa. During this fattening phase, the pig can consume around 10 kilos of acorns a day. The montanera lasts from four to five months (from December to April, approximately) according to the acorn season.

The "descorchadores" are the people in charge of removing the cork layer from the cork oaks. In this way the dehesa is revitalised, and the acorn harvest is more abundant in the years when the cork is removed, more or less every 9 years (affecting the fattening of the pigs and the quality of their hams). An important part of this cork is destined to bottle stoppers, which give quality to those wines that pair perfectly with the ham. 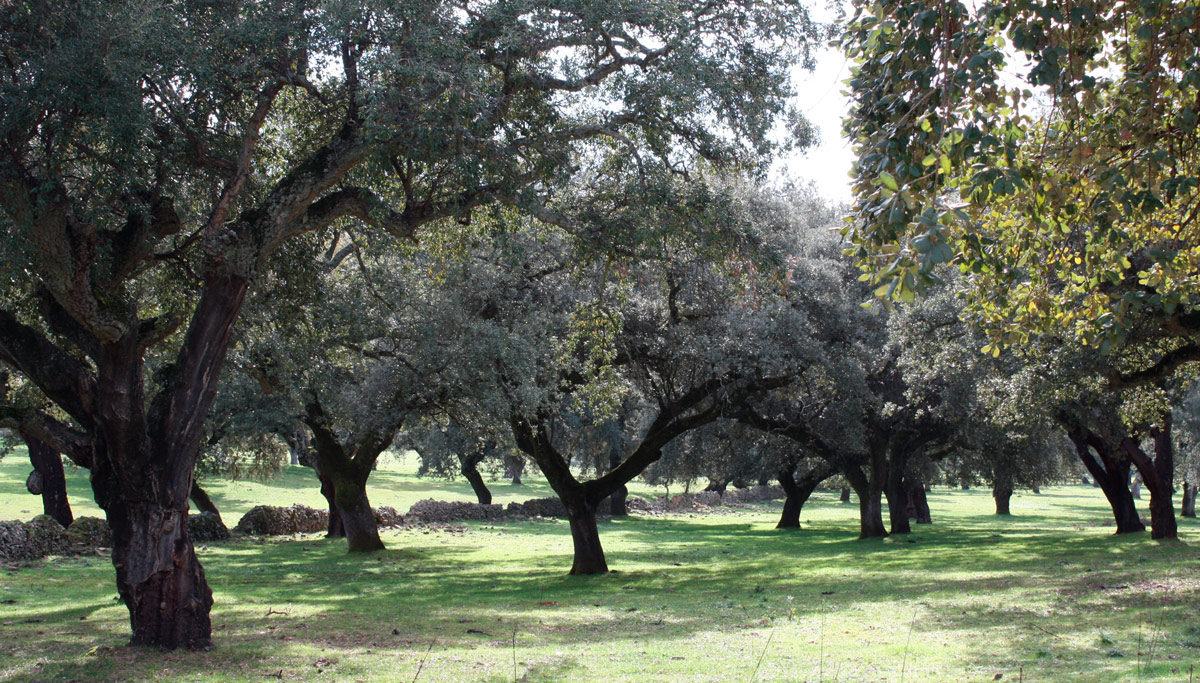 The acorn is the Iberian pig's food par excellence, being exclusive to it, as it is the only animal that has the ability and intelligence to peel, discard and not eat the skin. It contains tannins, which are very unpalatable. Humans also get some benefit from acorns, especially those of holm oaks, as they are sweeter than those of the "chaparros" cork oaks, which are usually bitter. In the post-war years, the years of the "famine", when all kinds of foodstuffs were scarce, coffee being one of them, the rural population used to prepare "buche de café" with roasted and ground acorns. Some army barracks even prepared it for the troops. Recently, an Andalusian company have marketed acorn milk as a great novelty.